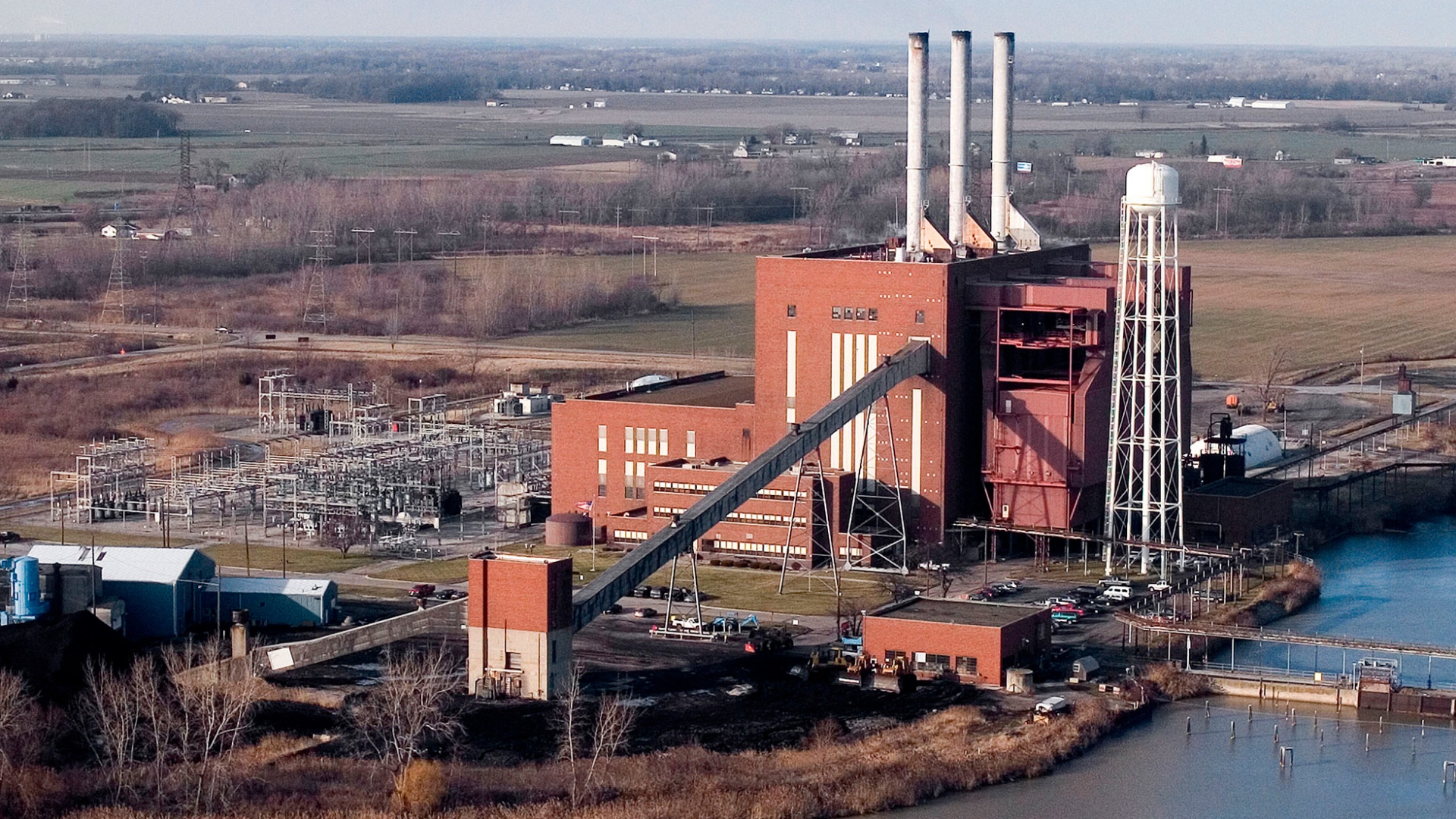 Colin Dunham just had to be there. He wanted to say one last goodbye to a place close to his heart that he considered a second home.

Dunham, a 15-year veteran with the company, gladly took a personal day on July 15 to join 40 others to watch the demolition of Unit 3 at the Whiting Plant. The event marked the end of an era for a member of the beloved Classic 7 coal-fired electric generating sites.

“I made a lot of memories and special bonds at Whiting,” said Dunham, who worked six years at Whiting before his current role as a natural gas compression manager. “It was appropriate to see, in person, the last of the units come down.”

If Dunham needs a reminder of the good times at Whiting, all he has to do is look down at his wedding band.

As part of the plant’s memento program at the time, Dunham acquired a section of tubing from one of Unit 3’s feedwater heaters and used the material as part of his wedding band.

“What can I say, I love the place,” he said with a laugh. “It will always hold a special place for me.”

Operational in 1952, Whiting is steeped in rich history. As the smallest coal-fired plant in our fleet, it packed a mighty punch and provided our customers with reliable, safe and affordable energy for more than 60 years.

Forsite, a development company based out of Charlotte, N.C. is responsible for the decommissioning of the Whiting site, with Unit 3 the last to be demolished.

The plant sat on 875-acres along two miles of Lake Erie shoreline in the city of Luna Pier. It performed at a high level all the way until it closed in 2016. It crossed the finish line with Units 1, 2 and 3 boasting several company, state and national records for continuous operation and availability on multiple occasions.

“It fought hard until the very end – it never gave up,” said Neil Dziedzic, who was plant manager of Whiting from 2009 until it closed. “That’s a testament to the people who showed up day in and day out, pulling together for a common cause: making Whiting the best it could be every single day.”

Dziedzic, who now manages the Campbell Plant near Lake Michigan, said his family has fond memories of their times spent in Southeastern Michigan.

“It’s something that’s in our family’s blood,” he said. “It’s given us a great life.”

His father Eugene was a mill and ash operator in Whiting in the early 1950s.

When Dziedzic was packing up before the plant closed, he was going through old log books from the 1950s.

“And I found one with my dad’s signature, leaving on the day of my birth,” he said. “That was a good moment. That log book is with me now and always will be.”

The remaining Classic 7 units at Cobb and Weadock are expected to be demolished by the end of 2019.

Forsite is also responsible for the decommissioning of the Cobb property in Muskegon. Weadock, located near Bay City,  is still owned by Consumers Energy.

The three plants have played a critical role in our history since the 1950s ― setting a standard of excellence for our company and the industry.

Now the sun is setting on all three. They have seen so many faces go through their doors each day with one goal in mind: powering Michigan’s progress.

Dunham said he’s proud that he’s worked at all the units within the Classic 7 family.

He said it was remarkable that the three plants were best in class when they were built and designed to last 30 years.

“They were giants in their times, and they lasted for almost another three decades than they were supposed to,” he said. “And they were competitive until the end. It’s bittersweet to see them go. But the world is changing.”

Dunham said he was grateful that they were being taken down in a controlled fashion.

“It’s better than to have them stay up and be a forgotten eyesore,” Dunham said. “They had a great run. They will be remembered fondly forever. They really did leave the company better than they found it.”